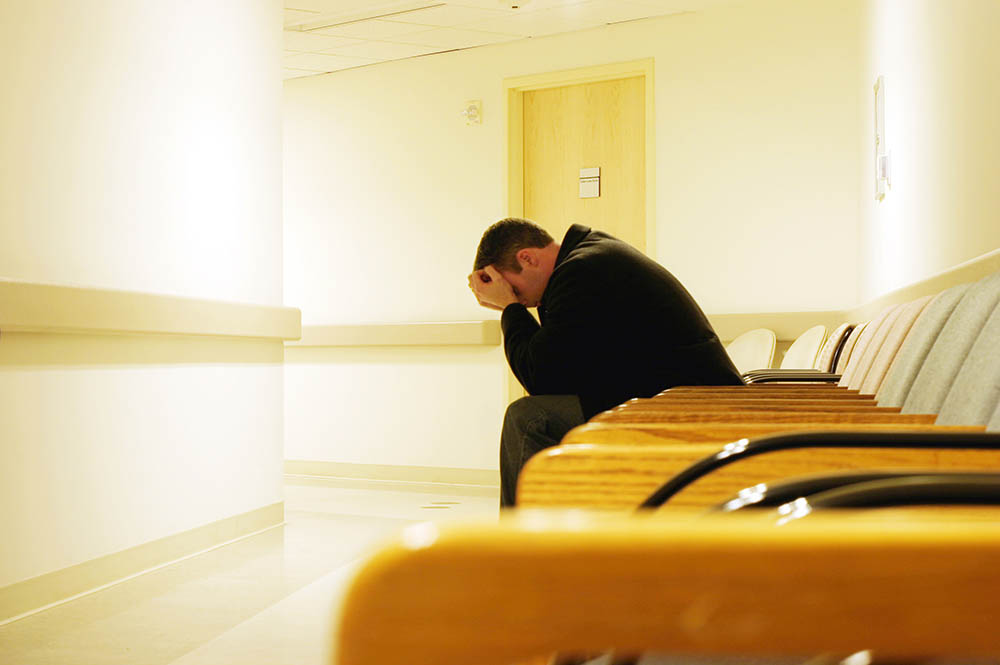 Are you sitting down? I hope you are because I am about to tell you something shocking.

Substance abuse has not ended.The trend towards recreational drug consumption among our youth, including the millenials that you have heard so much about in the entertainment world and in news about business and entrepreneurialism has not peaked.Not even close.

The evidence is pretty clear. Newsdayreports that heroin killed a record 121 people in Nassau and Suffolk Counties in 2012 and at least 120 last year the two highest totals ever record. Between 1996 and 2011, the Suffolk County Drug Court treatment program saw a 425 percent increase in heroin abuse, and a 136 percent increase in opioid pill abuse, and Nassau police recorded 500 heroin arrests in 2013, more than double the 228 arrests in 2011, according to the Task Force Report: Solutions to New York’s Heroin Epidemic, published by the New York’s State Joint Senate Task Force on Heroin and Opioid Addiction in May last year. According to the state health department, Westchester County treatment center admissions increased from 2,406 in 2004 to 2,568 in 2013.

In response to these developments, Republican State Senator Terrence Murphy last week convened a public conference at the Mount Pleasant Town Hall in Valhalla to introduce a seven-point plan for beating back the scourge of the heroin epidemic and to ask people for their reaction to it.

Among the plan’s recommendations were tougher penalties for dealers, creation of task forces to increase inter-agency and inter-locality cooperation, finding public funding and private grants and encouraging training for first-responders in administering Narcan which according to Stephen Stirling in the Newark Star-Ledger is a nasally delivered formulation to help rip heroin and opioid users out of the clutches of death following an overdose.

Attending the presentation were public health and safety professionals, representatives of police departments and political leaders from area towns and cities and a citizen audience of some 200. The scale of the heroin epidemic and explosion in prescription and non-prescription drug abuse was described in worrisome and dramatic terms by the presenting panel and in a question and-answer period that followed.

One father reported his grief at the loss of his young son to a heroin overdose.His attempting to avert his child’s plight and the terrible aftermath affected the attendees palpably.Citizen presenters, including veterans of the state correctional department, teachers, counselors, school executives and volunteer firefighters provided their own views of the public safety emergency and solutions of their own.Most common were demands for increased penalties for major drug traffickers and low-level street dealers, increased availability and utilization of confidential Tip Lines (for identification of youth and pupils believed to be regular users and possible addicts of dangerous substances) and drop boxes for depositing of unwanted and unneeded prescription formulations (presently situated only at limited police department locations).

The causes of the public health problem, both predictable and perverse, were illustrated by the testimony of one mother in attendance in explaining the circumstances surrounding something as common and mundane as her three children’s molar extraction procedures. As part of their recovery, the dentist had prescribed lawful opioid doses of 30 days for each of her kids. Even though their pain generally subsided in a matter of days, the household at one time or another contained 90 doses of the drug, which would have provided a significant monthly supply for an adult user or teenage abuser.

Evident from the testimony and audience give-and-take were the gravity of the challenges and the plain appeal of an elusive comprehensive solution to a confounding interplay of teenage social misdirection and discontent, bureaucratic complexity and uncertainty of funding.

Primary sources of money to attack the problem are Albany and Washington. Secondary founts include groups associated with the major faiths and local community associations. The economic impact of recession and the social impact of related unemployment, homelessness and nutrition and health care deficits have limited the availability of such resources and the efficacy of local responses. In the face of such realities, the crowd seemed to comprehend the unavailability of customary governmental support. And more than one attendee appreciated the unlikeliness or any grand magic bullet appearing anytime soon.

We have all long been waiting for a comprehensive solution from our nation’s capital to the problems of illegal immigration and border control and security. But it seems that the greater and more far-reaching the fix proposed, the greater seems to be the opposition by various interest groups, was the complaint of one town political veteran who did not want to be identified. The crisis of illegal drug abuse and prescription drug misuse is growing exponentially and we can’t Wait for Superman anymore! he concluded, quoting the title of a recent documentary which detailed the struggles of alternative school and charter school activists seeking to bring reform to Washington DC and Harlem.

But acknowledging the incomprehensibility of the plague, the procedural intractability and the astounding cost of its containment is no reason to give up the fight, according to a Westchester County official. Iris Pagan, Executive Director of the Westchester County Youth Bureau rose from the audience and offered Many kids are being rescued from delinquency, drug abuse and other destructive conduct by adult guidance and instruction. She continued, The county and local agencies are striving to engage students and dropouts, teaching and guiding them in skills of Resiliency.

Following her enthusiastic overture, the crowd turned in her direction.Through mentoring, we are linking adult volunteers with youth to increase the purpose and perspective in their lives; providing information, coaching and even spiritual encouragement, claimed Pagan. All in an effort to teach them how to bounce back from the disasters and failures in their lives.From problems like parent incarceration, serious illness of siblings and financial reverses to the tragedy of homelessness, children can learn to cope and to be resilient and to get on with what is important in their lives and to their futures.

The executive, a proud product of a Puerto Rican immigrant family in the South Bronx, explained later that the county department and affiliated citizen agents are reaching out to the young with youth bureaus (including self-run youth justice panels for the presentment of cases against errant youth and the rectification of their wrongs) in communities like New Rochelle and other cities, to literacy and environmental programs and one-on-one mentoring (emphasizing the STEM subjects; science, technology, engineering and math) by qualified adult trainer-friends.

Key to the delegation and operation of educational/counseling assistance are private non-profits and community agencies of the New York State Department of Child and Family Services. After release of Requests for Proposals (RFPs), the county picks 50 to 60 client-agencies and institutions for a three-year term.The operations are subjected to twice-annual site visits to confirm their suitability and mission accuracy.We would be lost without them, she said, citing community groups, churches, synagogues and mosques, and non-profits like the national organization Big Brother/Big Sisters and Student Assistance Services (SAS) of Tarrytown.

Ellen R. Morehouse, Executive Director of SAS, one of the featured panelists spoke spiritedly of her teams of trained professionals, and amateur mentors at work in the more than half of the public high schools and middle schools in the county’s 48 towns, villages and cities and a growing number of private institutions.Despite widespread awareness of the risks to individual safety and institutional integrity, student populations are still reluctant to discuss substance abuse. We are fighting attitudes. Kids are concerned about appearing cool, and potentially getting their selves and others into trouble. Others are just intimidated. SAS 40 filed professionals, all of whom possess social work graduate degrees or Licensed Mental Health Counselor certification, offer confidential individual advisory meetings to any student who requests it.These are non-compulsory, but the level of participation is spectacular, according to Morehouse.

What is most striking about the program is its knack for finding healthy alternative directions for those kids infatuated with making perilous excursions from the typical high school curriculum. The cost of a heroin high can be as low as five bucks, stated a law enforcement retiree. And the forms of delivery are diabolically effective if not revolting. Let’s just say the drug purveyors have found new uses for the tampon, stated Morehouse.

The SAS executive added Our professionals and mentors are teaching students not just to say no, but also what to say yes to. Her organization has placed kids as junior firefighters with local volunteer companies, and enrolled several as apprentice Emergency Medical Technicians with nearby ambulance corps.Other voluntary community avocational options are being explored, as well as opportunities to re-gain unique cultural perspectives for kids lost or disengaged from their families by economics or criminal involvements.We are encouraging many of them to go back to their roots, and learn or re-learn their family histories and language traditions. All to restore their pride and confidence.

The notion of engagement specialists devoted to engendering the trust of students in an untraditional, non-academic manner has great appeal.In simple terms, the efforts of such ground troops to accustom the easily debauched current cohort of teens with societal norms may have a better prospect for success than than the more familiar exertions of educators and police officers. And a heck of a lot cheaper.

Other measures, like the mandatory training of EMTs, firefighters and other first-responders in the latest tactics against drug overdoses, including the Narcan therapies favored by Senator Murphy, and widely seconded by local politicians including the Democratic Cortlandt Town Supervisor promise cures for this murderous epidemic at reasonable expense.

Just expanding the network of drop-boxes throughout Westchester could be easily accomplished by county government, according to District 3 Legislator Michael Smith, a Republican representing Mount Pleasant, North Castle and Pleasantville. Who would oppose it?

So; has a simple convocation of citizens, bureaucrats, politicians and prominent experts from the law enforcement, educational and social work fields hit on something? Can we anticipate a new approach to the nagging, persistent social ill of teenage dysfunction and self-abuse?

The prospects are questionable.The War on Drugs is now 43 years old, and no one will be found to announce its success. While the drinking age has been elevated nationally to 21 years, the legalization of at least some forms of marijuana has been effected in Colorado, Washington, Alaska and Oregon; twelve more jurisdictions are likely to legalize the plant by 2017. New York State’s liberalization cannot be far off.

These developments point only to increasingly complex challenges in limiting teenage drug abuse.The standard legislative approaches of increasing jail terms and compounding penalties have largely been ineffective.The accompanying laws encompassing treatment, testing, monitoring and other bureaucratic measures have not diminished the problem. And the multiplication of rules and unfunded mandates (such as required training of public employees in matters psychological, pharmacological, record-keeping, filing and sharing-by-distribution to other agencies unrelated and distant) are almost impossible to evaluate with any accuracy. And their costs are quite inestimable but almost certain to be enormous.

Perhaps the volunteer model championed by the Westchester County Youth Bureau and exemplified by non-profits like Student Assistance Services and Big Brothers Big Sisters offers the best hope against the youth drug epidemic.The outfits are focused, effective and, apart from their contingent of trained supervisors and social work professionals, largely free!

And with the growing ranks in our prosperous Westchester County community of young, comfortably situated retirees (and a not-inconsiderable population of long-term under-employed and unemployed veterans of the professions and business), the prospects for such efficient voluntary associations are superlative. And the possibilities for their enhancement of our society’s welfare and prosperity are, well, immense. No, actually, boundless!

Stephen I. Mayo is an attorney, owner of Mayo Linoleum Works LLC, host of The Steve Mayo Show on WVOX radio 1460 AM, Mondays from 6 to 7 PM and legal counsel to the Westchester County Tea Party. He is not embarrassed to be known as a Republican.

Reach Out to Steve

Listen to My Weekly Radio Show on WVOX 1460AM